Last week happened the Devoxx Morocco 2015. It was the fist Devoxx in Africa, being hosted in Casablanca, Morocco. 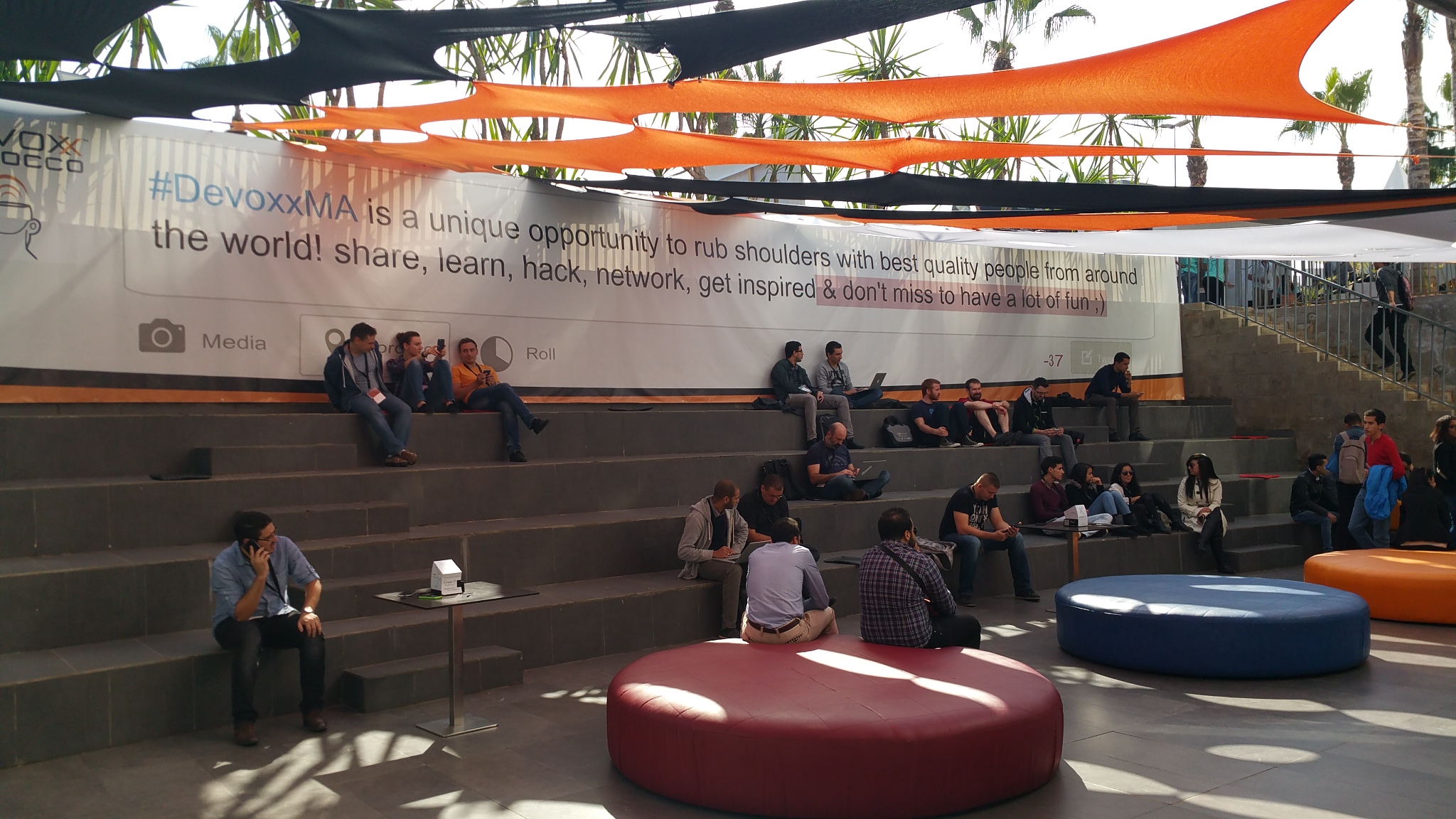 That was my first Devoxx and I have to say that it was an honor be part of it as a speaker. My first “university” session was scheduled on Monday at 8:30 AM. It was a thankful surprise to see a lot of people interest to take a ride through the Docker universe using the “Docker for Java Developers - Hands on Lab”. Different versions of this lab have been presented to more than a thousand developers around the world by Arun Gupta, Markus Eisele and me.

Next day I talked about DeltaSpike - the CDI toolbox and it was very satisfying to see a lot of questions and people interested on it.

The organization by Morocco JUG and its folks (Badr Elhouari - a great host - and his wife Hanae EL BOUYOUSFI; Faissal Boutaounte, Aboullaite Mohammed, etc) made the DevoxxMA even more friendly. The event had a partnership with AIESEC - An organization that develops youths (Wilfred Omondi, Hind Kossara and many others students who worked at DevoxxMA as a voluteer) to improve their leadership skills.

I did exactly how it was well said at the Devoxx banner (as you can see at the above picture):

“#DevoxxMA is a unique opportunity to rub shoulders with best quality people from around the world! Share, learn, hack, network, get inspired & don’t miss to have a lot of fun :)”

Take a look on the Best Of DevoxxMA 2015 in the following video:

Cheers to all people that I met there!

I hope I can meet all of you again in the future!