Last week I started a new AMAZING journey that keeps me a passionate professional on technologies, and how they are helping the world to evolve at a fast pace.

Yes. I joined Microsoft (later I’ll tell you why Microsoft). For now, let me share with you why working in the Azure team makes me really excited!

Since Cloud computing became a reality, we have seen companies releasing their products faster, and also growing faster because they can scale using someone else’s infrastructure. I still remember when I released my first Android app in 2009, and I didn’t want to have my own infrastructure to host the REST services. Fortunately, Cloud computing saved me, and I was able to keep this app running for almost 6 years until I finally decided to retire it due to my lack of time to maintain and update it to newer Android APIs.

A little bit more background: Before becoming a “Software professional”, I was an “infrastructure guy” who helped a lot of companies to create their own infrastructure in the early ages of the internet. I gained my infrastructure skills because I was lucky to work in an Internet provider where I learned about Linux server and services, and TCP/IP networking. But at that time (1996), everything was hard and expensive.

Because I worked in an era where “hard and expensive” was the reality, you can imagine how I became fascinated with the ease of creating your own infrastructure to grow your company in a Cloud environment. Due to Cloud computing, my Android app (which was just a hobby) growed fast. If Cloud computing helped me (an alone developer on a hobby application), I could foresee what would be the impact on thousands of companies around the globe. And that expectation became reality. “The “cloud” is a vital online technology that is used all over the world.” . And from 2020, Cloud computing is growing even faster. “Since the COVID-19 crisis, the cloud computing market has been on a rapid upward trajectory when it comes to cloud adoption, infrastructure, spending and development.” Check this article for 26 Cloud Computing Statistics, Facts & Trends for 2022.

Later, when I worked at Red Hat, I was also lucky to give another step in the Cloud computing world: The advent of Linux containers (aka Docker) and how orchestrating them with Kubernetes, and also some other technologies and practices (lightweight Java frameworks, DevOps practices, Microservices architecture, etc) created “the perfect storm” for what we call today Cloud Native Applications. At the same moment, Red Hat was releasing Openshift 3, totally based on Kubernetes, to be cloud agnostic. It was a moment where I used professionally the major cloud providers to make Openshift run on them.

In 2019, I moved to Oracle to help customers to adopt Oracle’s Cloud Native solutions through (Linux and Java) software products like OCNE, Helidon, Verrazzano, and Weblogic running on Oracle’s Cloud infrastructure (where I got certified as Infrastructure Developer and Architect Associate). My last blog post at Oracle blogs shows how to do multi-clustering between OCI and Azure.

But let’s talk about Microsoft and Azure! You all might be wondering why and what a Java/Linux guy is doing at Microsoft.

First of all, I would be frivolous if I say that Microsoft is a “software” company. Microsoft is MUCH MORE than that. Microsoft’s mission is “…to empower every person and every organization on the planet to achieve more”. And Microsoft does that by providing solutions for individuals, and companies of all sizes. 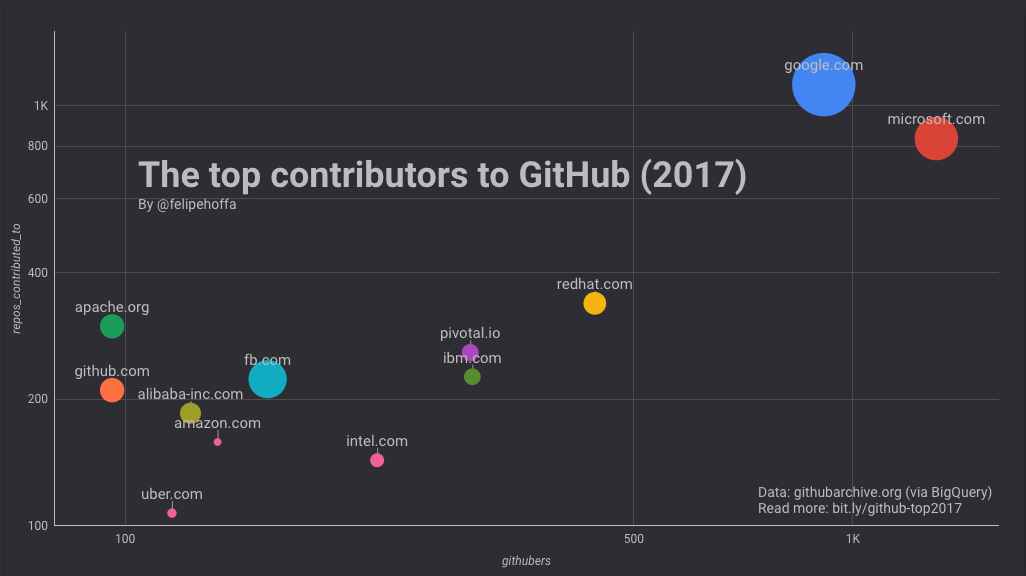 The data from the picture above can be found at The top contributors to GitHub (2017).

By the way, before I forget, if you are a Xbox (another Microsoft product) gamer, you can add my gamer tag RafaelBenevides so we can play together ;).

In the cloud space, Microsoft Azure is one of the top Cloud providers of the world, having 95% of Fortune 500 companies trusting their business on Azure.

You all know that I’m essentially a Java developer, and Java is also a first class citizen on Azure. You will always find people like Mark Heckler and Brian Benz in a conference near you talking about Azure. I also suggest you to follow Bruno Borges, Reza Rahman, Theresa Nguyen, Ed Burns, Antonio Goncalves, Java at Microsoft, and Azure Dev Advocates twitter profiles to know more about it.

Having said that, I’m thrilled to share that I have become part of this “digital transformation” by joining the Azure team as a Cloud Solution Architect focused in Application Modernization to help customers to accelerate time to market, deliver innovative experiences, and improve security with Azure application and data modernization.

If you want to check why Azure is so popular, you can start with an Azure free account, 12 months of popular services free, and a $200 credit. Just check the following link: Create Your Azure Free Account Today.

And finally, If you want to keep in touch with me, I invite you to follow me on Twitter by clicking on the following button: